tl;dr Highly subjective rundown of YouTube channels cooking inspiring stuff. According to me.

I am, by no means, an expert at cooking or media. I'm a web developer. But I do watch lots of cooking videos on YouTube. So it makes me an expert based on what I see. ...subjectively.

This is list based on the gutteral feeling of imagining opening YouTube (most usually on my Roku) and noticing that all chefs I follow have released a new video. Which order I would watch them is the order I most like their material.

This is what I base "good" on: 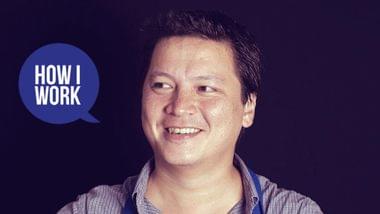 Before I start my praise; a piece of constructive criticism: It's totally confusing what's Kenji's personal stuff and what's SeriousEats. I still haven't grokked the interconnection but usually it doesn't matter because I mentally lump them together as one.

My wife calls him "my boyfriend" and I don't deny that I adore him. He's everything I want to be as a chef; down-to-earth, professional, varied, scientific, and loves the simple recipes just as much as any busy parent with a family to feed.

The videos are short and focussed and the on-screen extra facts and figures makes it easier to follow along. He also does short little videos about techniques such as how to slice onions.

He's also the author of the book The Food Lab: Better Home Cooking Through Science which I sometimes read before going to bed. There's comfort in knowing that he's done empirical research, like a chemist, and not just basing his statements on years of experience. 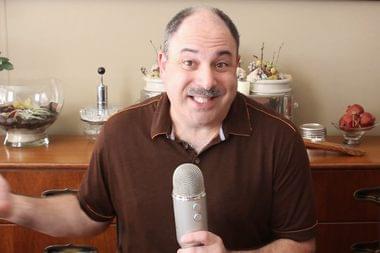 Just like Kenji, Chef John, is an american chef who records relatively simple recipes but spruces them up to be quite fancy and impressive. His menu is varied and feels like a mix of American and French cuisine in an accessible format. All his videos (I think) as self-recorded and you never see more than his hands. They're one video per thing and sticks to the point which makes it easy to follow along. Also, he talks over the video with little tips like "If you don't have self-raising flour at home you can just use ...jada jada".

All of his recipes are mirrored on his blog which I often have opened on my iPhone right on the kitchen counter, trying to replicate what I've watched.

An extra bonus is that he's got a quirky style and sense of humor that my wife also likes so she usually joins in watching his videos.

I have to admit that I still haven't really understood what this corporation is. There's Cook's Country which spans "America's Test Kitchen", "Cook's Illustrated", "cook's science". I used to watch their show on PBS, led by Christhoer Kimball, and although it was good, it was a bit too time consuming for the impatient me.

Either way, the main America's Test Kitchen YouTube channel is quite focussed on kitchen equipment and cooking techniques. They're wonderful. So many times I've concluded that my (somekitchengadget) isn't great, then I check their videos and then I go straight to Amazon and buy it. Last item was the di Oro Living - Large Silicone Spatula.

Their kitchen equipment testing is rigorous. When they talk about all the hard core testing they've done to pots, pans, cutting boards, knives, bowls etc. you get that comforting sense that if you do take their advice and buy the thing, it's really going to be the best there is. It's the same with some of their more "dry" videos about empirical testing of cooking techniques. For example, "The Secrets of Cooking Rice". You watch it once, try to remember what you learned, and how you can walk around knowing this is thee way to do something. QED.

Beyond swear words and putdowns, if there's one thing you can learn from Gordon is is passion for food. Like a naturally genius salesman he can think up the most wonderfully positive words for the ingredients, the smells, the tastes and the foods aesthetics. The passion is contagious!

I never actually watched any of his shows that got him famous. It's "too TV" for my taste. Too much aggression and better-than-you. But beyond that, his videos are impressive. It's also a nice to have in that he makes you think you can cook all that fancy stuff from fancy restaurants you can't afford to go to.

Some of the things he cooks might be a bit more advanced for my skillset (and time!) but there are lots of nuggets of "panache" that you can tuck away in the back of your brain.

By the way Gordon, I have not signed up for your online cooking courses because, basically, this blog post. There's just too much good content from other chefs' channels. Sorry.

I've always been a big Jamie Oliver fan. His Jamie's Food Revolution (called "Ministry of Food" in the UK) is probably the book I've used the most in the last couple of years. He's got that impressive and contagious passion for food an ingredients. He's funny and accessible, and his cooking is quite advanced and grand. Some recipes are that extra big of extravagance that a home cook sometimes needs to spruce things up.

Food Tube is his YouTube channel and it contains lots of videos by other chefs. They almost all have one thing in common; they're as nuts as Jamie. I get the feeling that Jamie recruits people into his channel on "Can you be more hyper than me?".

In all fairness some videos are almost too hyper. You get a bit flustered by the high pace and flamboyance and you struggle to take notes. But when it gets a bit too intense I just watch it with the practical part of my brain switched off, just to get inspired. 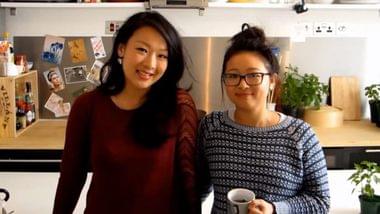 I don't really get it, if they are part of Jamie Oliver's Food Tube or not. Some videos have the name in it. Some don't. Doesn't matter much. These ladies are wonderful. It's probably one my more in-accessible channels because most of their cooking is Asian (Chinese style) and although it's mouthwatering and something I could easily devour with a pair of chopsticks, many things become hard to cook due to ingredients. I live in a suburban community in South Carolina and we don't have one of those, good, Asian supermarkets around here. I guess I could order some of the things online but it's not so easy.

Having said that, their "Perfect Special Fried Rice" is a favorite of mine. I've probably cooked it, in variations, almost 10 times now. Always a hit!

Even though I, admittedly, am failing at my Chinese cooking, I do like this channel to keep me inspired and dreaming about going back to China and learn more about its large cuisine. Gotta have something that reminds me of all the delicious weird and wonderful I've had there.

I'll be honest; I've never attempted anything of the stuff she bakes. First of all, I almost never bake. And if I do it's either Swedish style cakes or loafs of bread. But there's just something about Jemma. She's so charming and "cute". I know cupcakes are serious business to a lot of people but I actually don't really like cupcakes. However, watching her videos does make you think "some day, I'll attempt that".

If it's one thing I've learned from watching her videos, it's that a lot of baking requires vanilla extract. She uses almost as much vanilla extract as Jamie Oliver uses olive oil.

Also, as mentioned before, someone having passion for what they're cooking is inspiring and contagious. Her videos are so cheerful and colorful it's almost like a free injection of happiness. 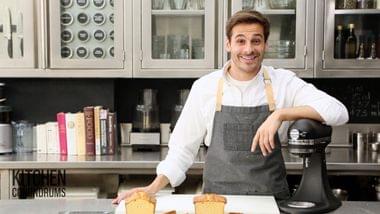 This isn't a channel. The link above is a playlist. I think his videos are part of Everyday Food which is something I haven't explored yet.

His videos are nice because he breaks down things into small easy-to-understand parts. He's also good at showing how to do certain actions. Like, which pot to use when and how to poor it etc. It's quite advanced stuff (but not all!) but I did manage to make French Macaroons from his video. The didn't have that perfect shape you get in a nice bakery but it actually turned out pretty well.

My only criticism is that his kitchen is too neat. Makes my look like a battlefield in comparison.

Come to think of it, these are the only YouTube cooking channels I follow. Occassionally YouTube recommends other awesome stuff (based on their recommendation engine) that I watch but don't necessarily subsribe. The ordering above is kinda silly (apart from Kenji being my number 1 at the moment). They're all good!

I'm not a great chef. I don't have that "magic" of being able to smell my way into which seasonings to add mid-way. Nor do I immediately just know what to do with all sorts of veggies I see in the supermarket. But I try. I have more cookbooks now than I have years to live and, clearly, I watch a lot of inspiring cooking videos. Very little of what I learn seems to stick in my memory, but YouTube's search engine and my watch history has proven to be my way of memorizing recipes and techniques.

Please please please, share your thoughts and tips about other channels I should check out. Not that these channels aren't keeping me busy but I'm always curious to add more.

A completely agree with the top 5 and the order you put them in. Here’s another one: Binging with Babish. Yeah, it’s mostly entertainment, but you can pick up some tips as well.

Got a link to that one?

I think recipe30 is by far the best cooking channel without nonsense talking and incredible cinematography.
https://www.youtube.com/recipe30

Thank you so much! I look forward to check it out.

Previous:
How to do performance micro benchmarks in Python 24 June 2017
Next:
Why I'm ditching AdBuff on Songsear.ch 20 July 2017

Related by category:
The Jesus story - A serious case of plagiarism 03 January 2009 Misc. links
Ask Yahoo "What state do the Simpsons live in?" 05 January 2006 Misc. links
How to identify/classify what language a piece of text is 09 August 2016 Misc. links
My favorite YouTube channels 11 March 2014 Misc. links
Effects of LSD on drawing 20 January 2004 Misc. links